On November 21, the first project of Ningxia Tulanduo wine town, the Yinchuan Anmo Hotel, has completed the construction of four model rooms. It is the first high-end wild luxury hotel in the wine producing area at the eastern foothills of Helan Mountain, and is expected to be put into trial operation in the summer of 2023. 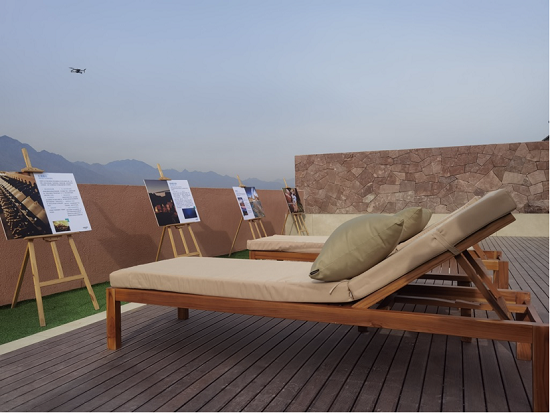 The hotel has also hired the chef of the Hilton Group in 2022 to be its executive chef. The chef, Bobby, is committed to integrating local food materials with French cooking skills, and strives to build the first black pearl restaurant in the area. The hotel has also employed a Chinese chef, who specializes in Cantonese and Huaiyang cuisine.

The plan and the construction of the hotel has integrated the local culture, giving full play to Ningxia wine culture and Helan culture. The total area of the project is about 37,000 square meters. Once put into operation, the hotel will contribute to improving the service capacity of the wine producing area at the eastern foothills of Helan Mountain.

As the first batch of key projects launched during the 14th Five-Year Plan period (2021-25) in Ningxia's wine industry, Tulanduo wine town will deeply integrate local customs, traditional culture and tourism characteristics, so as to build a cultural tourism town with "wine+" as its core development principal.