China's largest contiguous planting area of wine grapes — the eastern foothills of Helan Mountains, the Ningxia Hui autonomous region — attended ProWein Trade Fair 2022 held in Dusseldorf Exhibition Center in Germany with its 36 wineries from May 15 to 17.

At the opening ceremony, the wine-producing area won the title of "emerging sustainable producing area", and its 10 varieties of wines won the "best wine" and "sustainable wine" awards. 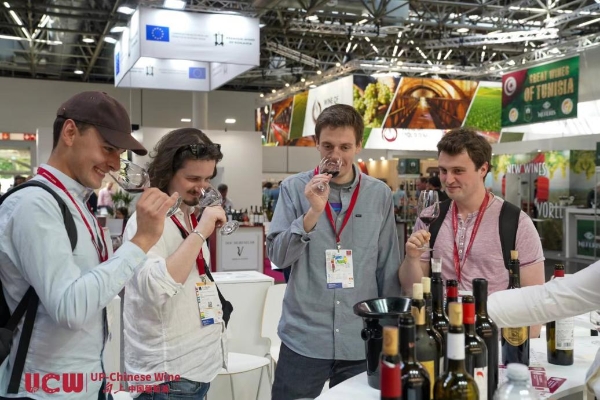 Visitors taste the wine produced from the eastern foothills of Helan Mountains at ProWein 2022 [Photo provided to chinadaily.com.cn] 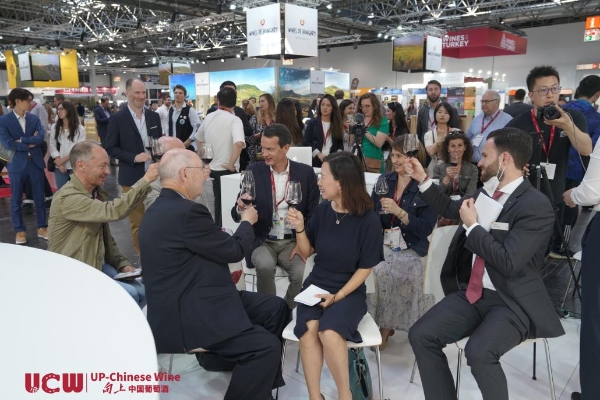 Exhibitors share and taste the wine at ProWein 2022. [Photo provided to chinadaily.com.cn]

The wine grape planting area in Ningxia Hui autonomous region reaches 550,000 mu (36,666.6 hectares), and 101 wineries have been built with an annual output of 130 million bottles of wine. The wine-producing area at the eastern foothills of Helan Mountains has won thousands of international awards.

The ProWein Trade Fair is one of the most influential wine exhibitions globally. About 5,500 exhibitors from more than 60 countries and regions participated in the exhibition this year.

By participating in the event, Ningxia's wine-producing area at the eastern foothills of Helan Mountains aims to seek new opportunities to strengthen exchanges and cooperation with major international wine-producing countries and wine-related organizations. Exchanges in terms of grape varieties, technology, education, talents, and culture, are seen to enhance its international influence in the global market.