Wine down the track 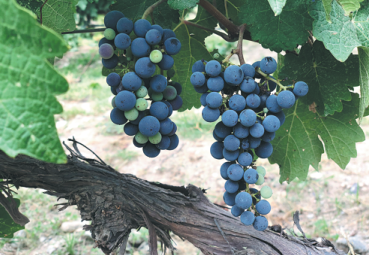 Visitors can board an overnight luxury-rail service between Beijing and Yinchuan to visit vineyards and chateaus in the Helan Mountains' East Foothill Wine Region in the Ningxia Hui autonomous region for the new mobile winery project. [PHOTO BY LI YINGXUE/CHINA DAILY]

Vino lovers can now embark on voyage of discovery to Ningxia's vineyards while sampling the region's flavors along the way, thanks to a new luxury-train service, Li Yingxue reports.

All aboard! All aboard! The train departing for Yinchuan at 8 pm has one notable addition-an extra boutique carriage that houses a bespoke wine-tasting room and six luxury sleeping compartments.

A night on this train is something out of the ordinary, as passengers in the upscale carriage can enjoy a meal paired with wines produced in the Helan Mountains' East Foothill Wine Region, followed by a wine facial mask before bed.

Launched on July 31, it's the first moving winery in China and the first overnight luxury-rail service between Beijing and Yinchuan, capital of the Ningxia Hui autonomous region.

The carriage can accommodate 14 passengers through its combination of two single ensuite bedrooms, two double bedrooms with a shared hand sink, and two four-person rooms-all featuring complimentary toiletries and towels.

The mobile-winery project is the brainchild of the Ningxia bureau of grape industry development, while the China Railway Lanzhou Group operates the service.

Two hundred journalists from around the country have been invited to experience the project over the course of August. It'll then run as a passenger service for the next three years, according to the project's coordinator, Yang Yang. 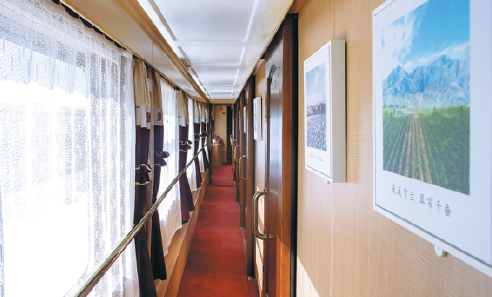 "We have a separate kitchen in the carriage, and we invite chefs from different wineries in the Helan Mountains' East Foothill Wine Region to take turns to cook for the passengers," says Yang.

Sommeliers pair wines with the dishes and pass on their wine knowledge to the passengers.

"After the train arrives in Yinchuan the next morning, the passengers can visit the vineyards in the region, pick grapes and sample different wines," says Yang.

The Helan Mountains' East Foothill Wine Region was recognized as a national geographical-indication protection-product area by the Chinese General Administration of Quality Supervision, Inspection and Quarantine in 2002.

In 2013, the region launched its first winery classification system to improve the regulation of the production of quality wines in China.

The area now has 86 wineries growing grapes over some 38,000 hectares with an annual production of about 100,000 tons of wine. The wineries have created about 120,000 job opportunities and attract more than 400,000 tourists each year. 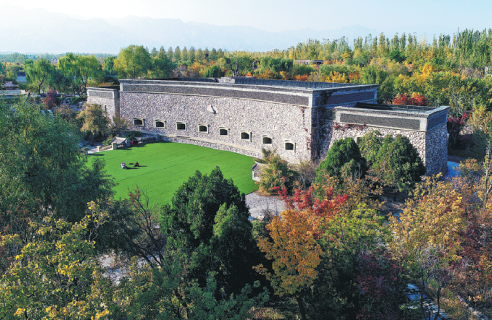 Shao Qingsong, a winemaker at Lilan Winery, says Ningxia is an ideal location for grape growing. "We don't have much rain in Ningxia, and if we need water, we can transfer it from the Yellow River," says Shao.

Lilan Winery is located in Yuanlong village in Minning town, 30 kilometers southwest of Yinchuan, in the heart of the Helan Mountains' East Foothill Wine Region.

The water from the Yellow River is rich in organic matter that benefits the grapes, and the soil releases an energy at night that helps the fruit mature.

"We make our own organic fertilizer to use on our grapes instead of using chemical ones, which helps to lower costs while increasing the quality," says Shao.

Unlike other wine regions, the grapevines in Ningxia have to be buried in the soil in winter and dug up again the following spring to prevent them from dying in the extreme and arid conditions. Shao and his teammates are working on creating ways to tackle this problem moving forward.

"From our 107-hectare area for grape growing, we can produce about 500 tons of grapes, which can be made into about 400,000 bottles of wine," says Shao. "We are now selling our wines to France and England." 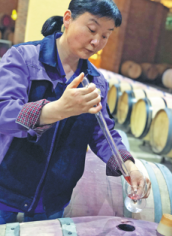 Shao believes Ningxia is capable of producing highlevel wines, but it needs time to improve. "If you plant grape seeds this year, you will only get grapes that are good enough to make quality wine five years later. Our winery has only been producing wines for three years, so there is still some way to go."

Set up in 1997, Chateau Hedong does not suffer from the same problem. Their vineyards have more established vines, some of which date back more than a century.

After taking over the winery in 2010, owner Gong Jie studied business administration at Tsinghua University to learn more about how to manage his vineyards.

"I used to be in the mining business, so I had to learn about making wines from scratch," says Gong. "But life has been getting steadily better since I started to work with the local farmers to develop the soil, from the first shoots of spring to the harvest in autumn.

"The government is also supporting us by rewarding winemakers with 500,000 yuan ($72,600) for every award they win at the most-influential wine competitions. So far, we have won three."

Gong is building a "wine town" alongside his winery, which he hopes will be a AAAA-level tourism site. (AAAAA is the highest national designation.) By offering classes about vini-culture and setting up a comfortable hotel, Gong hopes tourists will stay longer at his vineyard and learn more about his wine.

"Each day we have to limit the number of tourists visiting our winery to around 200, because more people in the wine cellar could affect the temperature and quality of our wine," says Gong.

Most wineries in the eastern foothills region also operate as tourism sites.

The region is now working with a cruise company to build a winery on a ship, as well as a train.

The Ningxia wine region was included in The New York Times' "46 Places To Go" list in 2013, as "the local government has reclaimed desert-like expanses, irrigated them profusely, planted them with cabernet sauvignon and merlot and started a campaign to transform this rugged backwater into China's answer to Bordeaux".

So now, for the price of a train ticket, wine lovers can embark on an odyssey of discovery-sampling the tastes of Ningxia's wine country along the way-to take in the European style of Chateau Changyu Moser XV or the traditional Chinese desert architecture of Yuanshi Vineyard.